Our Favorite 2017 Projects from Woodbridge to the Beach

I know how a lotta you feel about these guys so let’s just get this out the way. DB$B, if slightly less polished than their 2016 debut, shows massive improvements in the skillsets of each member of the Council, particularly Lord Linco. Linco’s bright-but-dreary pop melodies first showed promise on 2016’s Rolie Polie Olie, but on DB$B he reaches new heights in both songwriting and delivery. We’re looking forward to what the group does in the future.

Check out the mixtape on LiveMixtapes.

Supe Dupe blurs the line between stress and fun. It really sounds like he’s dancing and flexing through life’s struggles, and that’s the best any of us can hope for. Most rappers are pretty over-the-top, but Dupe utilizes his persona for both bravado and real emotional content. His feelings, his daily trials as well as his fun-loving personality, are communicated with remarkable elegance through his jumping, rocking flow and stark lyrics. Unlike many Soundcloud rappers, it doesn’t feel like he’s going out of his way to seem different, but that in itself is unique. We also highly recommend SKUTTA44, an exceptional collaborative album that Supe’s group SKUTTAWORLD released this year with fellow VA southern Hip Hop crew GBC44.

The multi-talented NoVA artist’s year-end project largely forgoes many of the themes explored on the summer’s Soundboy. Glocks and Butterflies is perhaps less experimental because it doesn’t need to be. He’s proven he can sing. He’s proven he can rap. On this project, he balances the two for access and consumption, coolly flowing and singing with more variety and at a higher level than most rappers could ever hope to, and he’s greatly assisted by fellow GU!LD artist ELIJVH’s warm, sweet production. His lyricism, as well, is not to be discounted, often clever but never obscure. This is a very good project, and we hope Kwad continues to push his sounds to the heights that we know he is capable of.

Check out Glocks and Butterflies out now on Soundcloud.

Hustle Files’ sound is much cleaner and more accessible than is usually found on Goth Money or associated projects, including the VA legend’s Closed Minded, which dropped early this year. What he here sacrifices in grime, he more than makes up for in significance and clarity. The album art portrays the message; Karmah is showing different parts of himself, communicating himself to the audience through different points of reference–family, morals, dreams, money and power, loyalty, betrayal, judgment. This is a work of great love, pain, weariness, and hustle, executed beautifully.

12. Trip Dixon – I HOPE YOU OVERSTAND

Woodbridge artist Trip Dixon makes music like few others. His consistently flat vocals and unorthodox songwriting combined with his staggered, underground production make for hypnotic listening. However, while its sonically unique, every weird thing Trip does seems to signify something common and mundane to all of us. It’s everyday motivation music like it has truly never been done before.

Listen to I HOPE YOU OVERSTAND, available now on Spotify, Apple Music, and Soundcloud.

On her debut EP the underground favorite ponders love in the key of SZA and HER. The production is soulful, warm, full of feeling, and Vesta matches it with charismatic vocals, beautiful harmonies and rhythms, as well as solid songwriting. This is a project perfect for peaceful nights and quiet mornings, alone or with someone special. We’ve got nothing but high hopes for her already announced follow-up.

Listen to How Singers Cry, available now on Spotify, Apple Music, and Soundcloud.

Fuck da Law sets the tone with an acapella freestyle intro recorded through a phone call from behind bars. Reggie Reg’s street rap style stands out on this list; as a NoVA artist he often fits more into what would be thought of as the DMV sound. They know what they’re doing up there. Reg’s heavy, violent vocals are never in danger of being drowned out by the album’s dreadful, subdued beats. He doesn’t mince words or dress it up, he just does what he does and he does it well.

9. Treez Lowkey – When It Rains

Treez Lowkey combines his piercing, autotune-heavy falsetto, trap melodies, and futuristic beats into a new subgenre of his own creation: Space Pop. There is certainly something to be said here about the current dominance of Hip Hop and its growing pains as it becomes one of the most popular genres of music globally, and I think Treez is saying it. His sound is bright and cold and haunting, like a screen’s cold, electric blue. It has the beautiful, brutal emptiness inherent in much self-described ‘pop’ music and in some visions of our lifeless, metallic future, yet is masterfully composed, arranged, and performed, like the most sophisticated technology.

Listen to When It Rains, available now on Soundcloud.

.Peter $un chooses to apply the word ‘indie’ to his music rather than ‘underground.’ Although he’s clearly both, he does lack many of the goth-descended conventions commonly associated with the southern underground. He replaces that abrasive anti-consumerism with soulful poetry and slow, peacefully sung melodies. $un is at his absolute best on songs like .ROSE and .ViOLET where his voice seems to sink into the beat and swell out of it at will. It feels like he’s speaking directly into you without any barrier or limit. It’s incredibly pleasant.

Realistically, Lil Tracy is next up. His autotune-drenched, punk rap style and sonic versatility have brought him and his Gothboiclique to the forefront of the underground. On this tape, Tracy makes use of contemporary trends and tools like autotune with precision of a true musician. He takes all of Soundcloud rap’s lo-fi production and braying vocals with none of its possibly annoying, repetitive pitfalls. RIP Peep.

Listen to XOXO by Lil Tracy, available now on Spotify and Apple Music.

Underground producer b0nds’ 27-minute remix LP is one of the year’s most delightful listens at any level in any genre. With appearances ranging from DOOM to Ol Dirty to Future, b0nds is a true adept at capturing a song’s original energy and power while completely altering it’s texture, making it sweeter, more atmospheric, or easier on the ear. This is a beautiful, beautiful tape perfect for late night blunt sessions.

Listen to the bluntrap$ LP by b0nds, available now on Soundcloud and Bandcamp.

5. NOLANBEROLLIN – GLOCKS IN THE SUMMER VOL. 2 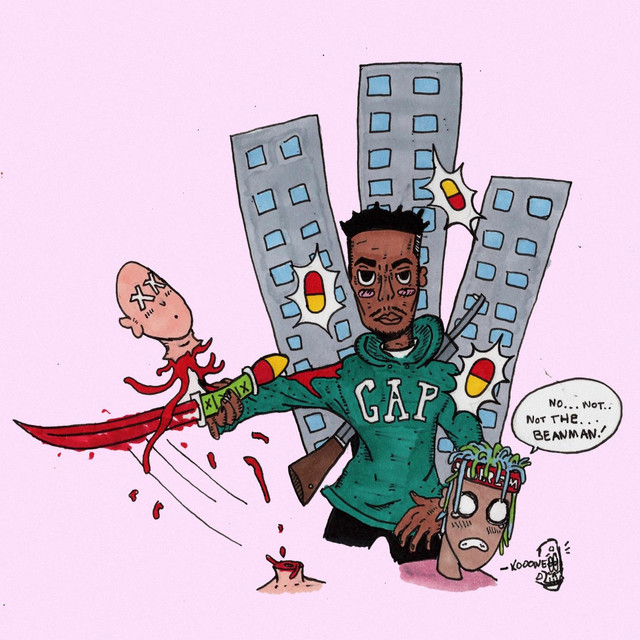 With production by moistbread and captaincrunch and features from Atlsmook and Warhol.SS, the GAPaholic delivers 10 minutes of his drowsy bass over contrastingly bright beats. There’s not a single track on this tape over three minutes, and it’s chock full of video game samples and simple but off-the-wall punchlines. The feel is young and jaded; unbothered and immature, never unsophisticated. Although the sound couldn’t be more different than Treez’s, it could be interpreted as having some thematic similarities in its relation of a benzo-popping, always wired generation, albeit with a more grounded tone.

Listen to GLOCKS IN THE SUMMER VOL. 2 by NOLANBEROLLIN, available now on Spotify and Apple Music.

On this early 2017 EP, Stafford rapper/producer Loner Avenue combines underground grime with the pastel pop of artists like Uzi and Yachty. It’s a highly expressive work of art, and the cover fits it well: what the fuck is this a drawing of? Are these cartoon characters supposed to represent any actual real people? Perhaps. But moreso it relates a feeling, one of fun but not of innocence, the same effect that arises from the interplay of Hutch’s gritty bars and Loner’s frenetic, lispy ad-libs. This isn’t a perfect project by any means–the Pretty Bitch EP, Loner’s second project of the year, is more eloquently crafted–but its imperfections add to the authenticity of its message.

Listen to My Lil EP by Loner Avenue, available now on Soundcloud.

Yung Hoe is special. The sound of this project isn’t basically unique, but it is performed at a level higher than most are capable of. Sharp, provocative raps over booming, high-octane beats isn’t a new concept by any stretch–you can see the same on Hoe’s 2016 tape Life Is Ecstasy and with underground artists from XXX to Joey Trap, but the effect here is much, much greater. The chemistry is key here, and it’s undeniable. Hoe energetically cuts through and wraps himself around 61st’s distorted production. Hoe speaks with the sharpness and clarity of a trained orator, the technicality in flow and lyricism of a spitter from 90’s New York, and a vocal energy that defies comparison. 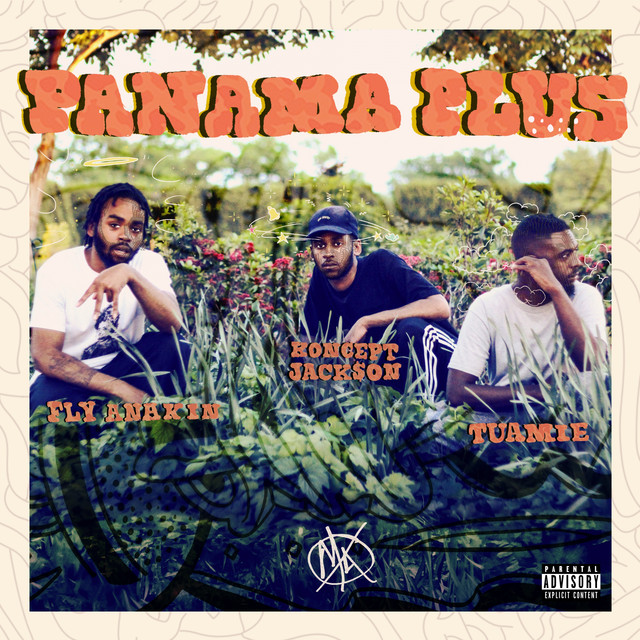 Mutant Academy is one of the most talented groups in Hip Hop. Not just from Virginia, not just underground, not just lyrical, I mean period. When it comes to lyricists, Koncept Jack$on and Fly Anakin are the cream of the crop, and few craft samples as well as Tuamie. The product is exactly what you would want and expect. The listener rocks to Tuamie’s immaculate loops as tracks are bounced back and forth between Fly Anakin’s acerbic, winding raps and Jackson’s thick-and-sweet-as-molasses bars. Soul samples, infinite flows, rhyme stacked upon rhyme, Panama Plus is a pleasure for disciples of the art.

Listen to Panama Plus by Fly Anakin, Koncept Jack$on, and Tuamie, available now on Spotify and Apple Music. 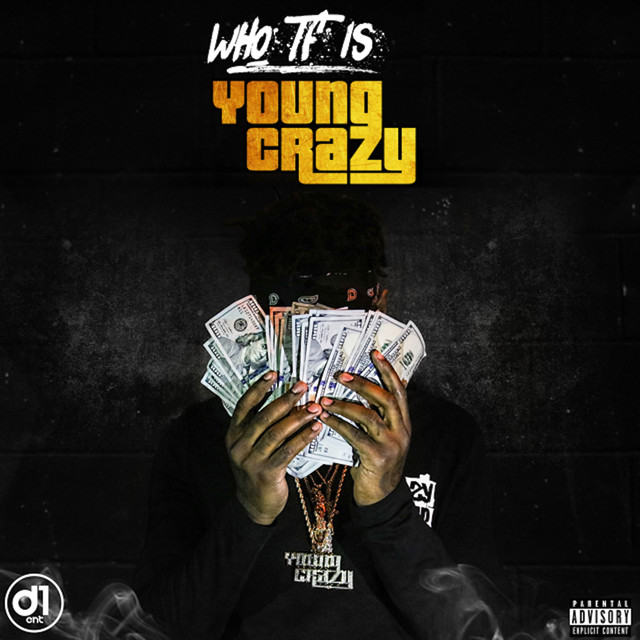 Young Crazy’s 2017 EP doesn’t break a lot of new ground. Every track has been previously released on Soundcloud or elsewhere, and contentwise he’s basically talking about getting money, fucking bitches, shooting people, and discouraging the listener from focusing on anything else. He’s got raw energy and charisma by the boatload, but fact is that those are basically requirements for rap like this. In terms of song structure, he chooses a more traditional route than most Soundcloud rappers would. What really sets the Norfolk rapper apart from his peers is his undeniable technicality; the rhyme schemes and flows he employs aren’t just inventive, they really work. Crazy brings together every part of Hip Hop that I love–the fun, the realness, the utter poetic sophistication, the life lessons, everything. This is a great way for Young Crazy to introduce himself to the world.

Listen to Who TF Is Young Crazy? by Young Crazy, available now on Spotify and Apple Music.